Seth Rogen and the Science of Rogenomics

Seth Rogen is not the type of dude to distill his strategies for living into therapeutic sound bites, little chunks of wisdom-inspo to be digested in the morning alongside a matcha and some sun salutations. In fact, and thank God, he wouldn't even formally consider them “strategies for living” at all, let alone dream of imposing them on anyone else. Still, spend a little time in his company, talking about his life, and certain patterns start to emerge, themes and lessons recurring with enough frequency that they can be isolated for general distribution: Work harder than everyone else. Find a mentor, or at least some encouragement. Cultivate enduring relationships. Grow gradually. Beware hubris. Never be their biggest problem. Be in control of your own work (where possible). Always have something else going on.

On a Tuesday afternoon in April, Seth Rogen was sitting in a corner booth in the back of Canter's Deli on Fairfax, awaiting his matzo-ball soup. Over the years he's celebrated birthdays here, in the Kibitz Room bar, and, in the era before he had offices, the restaurant functioned as a de facto conference room for business meetings. No surprise, then, that he was greeted like the mayor, along with obscure inside jokes with the waitstaff. Almost immediately, Rogen—bearded, bespectacled, becapped—was approached by some blokes apologetically asking for a picture. He obliged, grabbing their phones and mugging for two-second intervals. “Taking the picture myself was a big evolution,” he said after they'd gone. “That helps. Takes a lot of the guesswork out.” 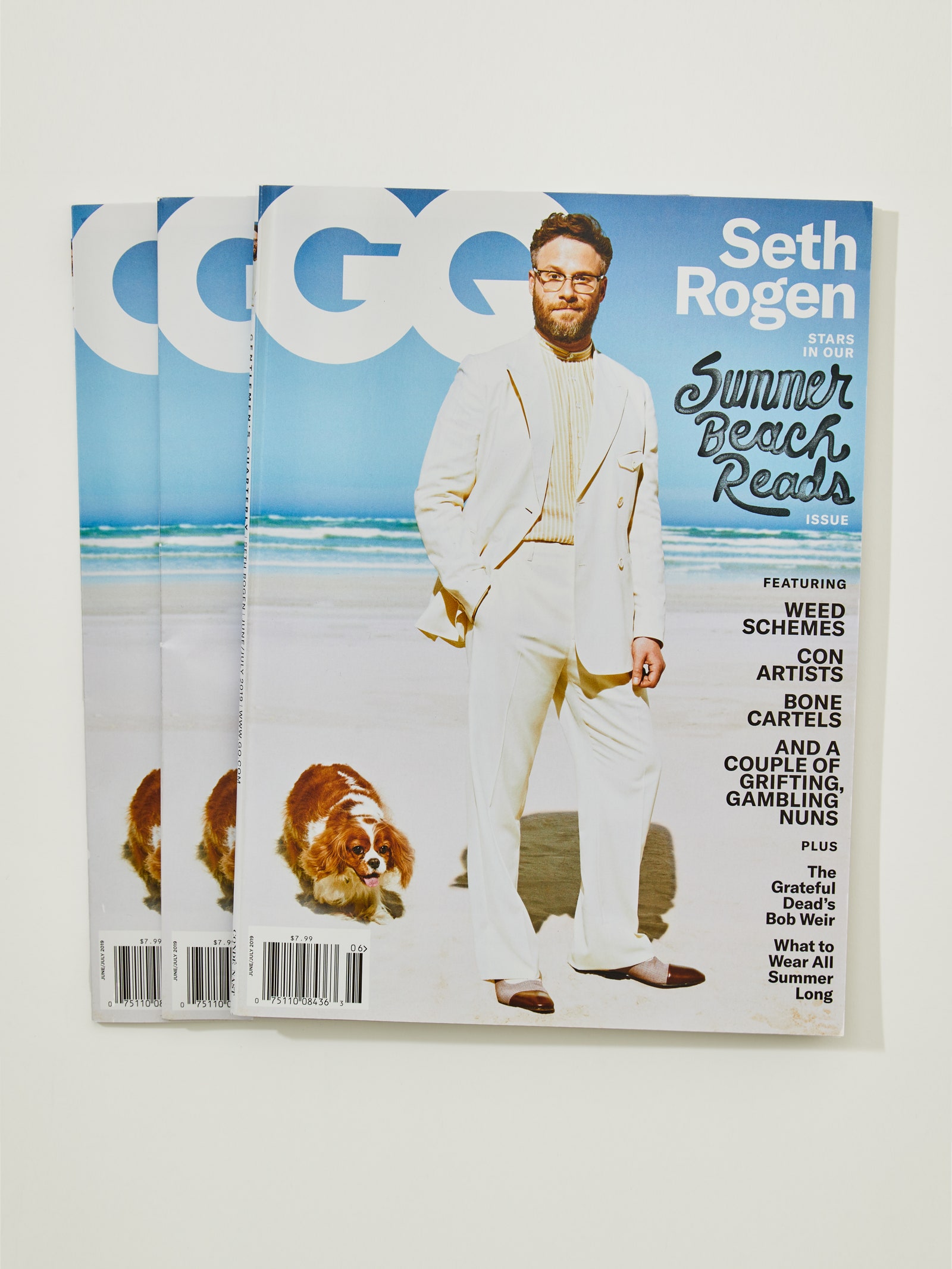 For people whose casual impression of him begins and ends with the gallery of quasi-employed, stoned men-children he played in his 20s, it might be hard to fully comprehend that Rogen, now 37, is a legitimate Hollywood operator and entrepreneur in his own right, with a career that extends well beyond acting and writing. Over a single week this past spring, for example, he announced a multi-platform deal between Point Grey—his production company with creative partner Evan Goldberg—and Lionsgate, and launched a weed brand emphasizing consumer education, Houseplant, in his native Canada. In addition to developing, writing, and acting in his own film projects, Rogen produces television (Preacher, Future Man, Black Monday, The Boys), does voice work (Sausage Party,the upcoming Lion King), and with his wife, Lauren Miller-Rogen, created Hilarity for Charity, a series of comedy shows that's raised millions for Alzheimer's care, support, and research. He's also writing a book of essays, due out in 2020. That lingering low-achieving persona of his old characters, though, might be a blessing, since it has provided a cover against public scrutiny and raised expectations for Rogen, the human, who arrived in Hollywood as a teenager and hasn't stopped working since. The man, like the myth, may be a burner, but he's also a machine.

“I really always worked hard, because I recognized from a pretty young age it was one of the only things I could control,” Rogen said. “I remember I did karate as a kid, at the Jewish Community Center, and when I started I was the worst in the class, I was the worst of 25 Jewish kids who were afraid of getting picked on. And then just because everyone else quit, three years later I was at the top of the class, and there were 25 Jewish kids who were worse than me. And that was always tangible: Just by not stopping I became the best one. It wasn't this, like, ferocious leap. I just kept going, and slowly [other] people stopped. Because a lot of people will stop.”